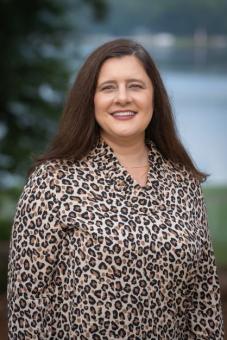 Amber Lange is the executive director of the Office of College Preparation and Outreach at Clemson University, a newly formed office within the Division of Inclusion and Equity that focuses on preparing students for higher education. Amber attended Southern Illinois University Edwardsville where she received a BS in business administration. She received her master's degree in public administration at Clemson University, where she was first exposed to college access during her internship with Emerging Scholars, a rural college access program. After moving to Washington, DC, and working at American University for four years, she returned to Clemson to run the program. Ten years later she helped form what is now College Preparation and Outreach, which houses numerous access programs and initiatives. Amber has helped raise over $3 million in private funds to support access efforts, increased the number of student participants, and built a staff that now consists of five full-time professionals. She has also helped create several new initiatives, all focused on exposing underrepresented students to higher education. Amber is finished with her course work in the educational leadership doctoral program at Clemson and is now working on her dissertation, which will focus on the educational experiences of rural African American parents.