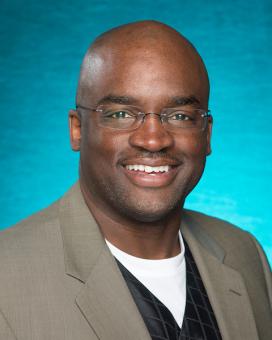 Emmanuel D. Harris II, PhD, is originally from Indianapolis, Indiana. He received his master’s and doctoral degrees from Washington University in St. Louis, where he was a Chancellor’s Fellow. A professor of Spanish at the University of North Carolina Wilmington, he teaches all levels of Spanish language as well as Hispanic culture and literature. In addition, he instructs various classes in Africana studies, where he serves as director of the program. In 1996 he was awarded Teacher of the Year at Washington University and has been honored to have a service award established in his name in 2000 at Baker University, where he formerly instructed. Harris has published various books, and his numerous articles can be found both nationally and internationally in academic journals and edited volumes. He is the award-winning English translator of the Afro-Peruvian novel Malambo by Lucía Charún-Illescas and also the translator of the collection of short stories Over the Waves and Other Stories / Sobre las olas y otros cuentos by the Afro-Cuban writer Inés María Martiatu, which was a featured selection of the Cervantes Institute in Chicago. Harris coedited the volume The Trayvon Martin in US: An American Tragedy and is currently writing Black Soil: The Allen Family Farm Story. He has been recognized by UNCW for outstanding dedication to mentoring and supporting Latino graduates and is the two-time recipient of the Discere Aude Award for excellence in mentoring.