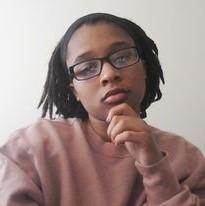 Gem Amber Sun Helper is a second-year student at the State University of New York at Cortland and holds an associate degree in liberal arts, humanities. She is double majoring in anthropology with a concentration in action anthropology and international studies and minoring in Africana studies. She is a founding member of Stand Against Racism in Education (S.A.R.E), an organization created to challenge instances of racial injustice in upstate New York schools. She also co-created CULTURE Society, a student-led group that focuses on anti-racism and sexual assault awareness. When looking toward the future, she envisions a life of combatting injustices and bringing attention to the mistreatment of the oppressed and disenfranchised while refiguring the systems that make discrimination possible.