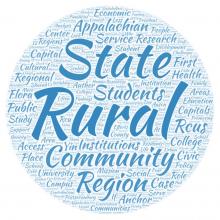 An Anchor for the Region: Examining a Regional Comprehensive University’s Efforts to Serve its Rural, Appalachian Community

Recent media reporting and research suggest that regional comprehensive universities (RCUs) and other postsecondary institutions may play an integral role in the welfare of rural regions, yet empirical research on the regional service of rural postsecondary institutions is limited. The purpose of this study was to examine how a single RCU serves its rural, Appalachian region. Guided by case study methods, this study used a theoretical framework consisting of community capitals theory and the anchor institution framework. After analysis of interview, documentary, governmental, and observational data, the case study resulted in a rich description of the RCU’s regional service. Our findings demonstrate the RCU’s role as an anchor institution as it expended resources to grow, invest in, and leverage rural community capitals. The university’s most significant focus as an anchor institution was on leveraging and increasing human capital through investing in education, workforce development, and public health. These findings point to several implications and policy recommendations to better support the anchor institution role RCUs play in rural regions. 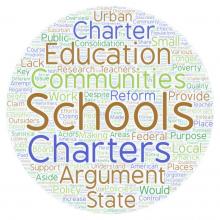 Book Review: No longer forgotten: The triumphs and struggles of rural education in America. 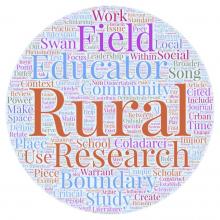 This theoretical essay critically examines the impact of Coladarci’s 2007 article, “Improving the Yield of Rural Education Research: An Editor’s Swan Song,” which he composed at the conclusion of his tenure as editor of the Journal of Research in Rural Education. Using boundary theory and “awayness” as a metaphor for understanding community in social science research, we use citation analysis to review the ways in which Coladarci’s work has been taken up by the field, illustrating the ways in which this piece serves to socialize new researchers to rural education research. We then take up Coladarci’s invitation to further discuss what might define a contribution to the field of rural education scholarship and propose several additional considerations, including analyses of how power manifests across space and the criticality of a topic to rural schools and communities. 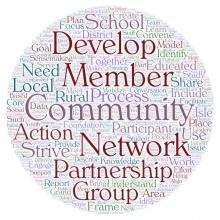 Making Sense of Place: A Case Study of Sensemaking in a Rural School-Community Partnership

Cross-sector, place-based, school-community partnerships seeking to improve educational and other outcomes at scale have experienced a resurgence in the United States. Rather than isolated efforts, this new generation relies on scaling up models in networks, such as Strive Together. However, many of these models evolved in urban contexts, creating challenges for scaling up in rural areas with fewer organizations, limited resources, and lower population density. Using conceptions of sensemaking as precursor for collective action, this case study examines the strategies used by partnership leaders in a rural county to make sense of Strive and the local community. By iteratively bringing together knowledge from outside and from within the community, leaders were able to shape the partnership in a way that supported action while continuing to build a shared understanding of needs on a regional level and the development of a regional identity across eight component school districts. 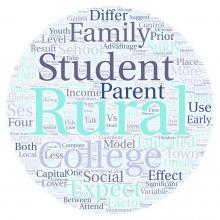 Challenging Both Rural Advantage and Disadvantage Narratives: The Effects of Family Factors on American Student College Expectations in the Early 2010s 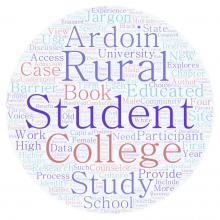 To what degree do rural students in the United States aspire to higher education? What barriers do rural students experience in their journey to a four-year degree? How does geography and first-generation status interact during a rural student’s college choice? Sonja Ardoin’s College Aspirations and Access in Working-Class Rural Communities provides a new and unique case study to provide some answers to these questions through the voices of high school students and their counselor at MapDot High School (pseudonym). 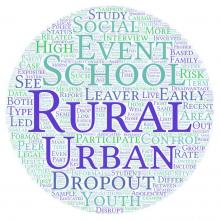 This study examined whether recent disruptive events would increase the likelihood of high school dropout among both rural and urban youths, and whether the types of disruptive events preceding dropout would be different in rural vs. urban environments. Based on interviews conducted with early school leavers and matched at-risk schoolmates (N = 366) in 12 disadvantaged Canadian high schools, recent disruptive events appeared to generally trigger dropout. However, the prevalence of some types of events associated with dropout varies according to the environment. In agreement with social disorganization and formal/informal social control models, crises involving child welfare services or the juvenile justice system (e.g., an arrest after a fight) represented a lower share of triggering events among rural than urban leavers (8% vs. 26%, respectively), whereas those involving peer conflicts and rejection (e.g., exclusion from one’s peer group) were over represented among rural compared to urban leavers (26% vs. 10%, respectively). These differences are thought to represent upsides and downsides associated with the relative density, stability, and overlapping nature of rural adolescents’ social networks. Practical implications are discussed, notably regarding the relevance and contextual adaptation of prevention programs as a function of place. 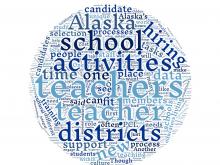 This article describes how superintendents approach the administrative processes of recruiting, hiring, and training new teachers to work in Alaska’s rural schools. Drawing from interviews of superintendents and administrators in 32 rural Alaska school districts, the data show not only the amount of time and responsibility that rural superintendents commit to these activities, but also how they regard community as central in guiding their execution of these tasks. Our findings underscore the integral role of rural superintendents in setting a place-conscious leadership tone for the districts they serve, as well as the risk of losing institutional memory and networks when these positions turn over. 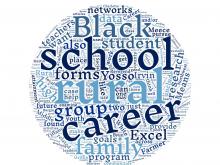 This qualitative case study explores college and career aspirations of rural Black and Latinx middle school students in a community- and youth-based leadership program and how various forms of social capital help cultivate and sustain the aspirations of students. Data include student focus group interviews with a total of 14 rural Black and Latinx middle school students; interviews with three adults; and documents, including local school board minutes and local newspaper articles over a six-month period. Findings include how students’ career and college aspirations were shaped and supported by various social networks, including family members, teachers, and the community- and youth-based organization in which all student participants were members. In addition, students discussed a commitment to family and paying forward the sacrifices of family to motivate their pursuit of aspirations.